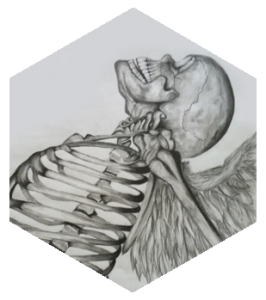 As an assembly of the most Adept Psychedelic Enantiodromian Sorcerers in the northern hemisphere, Z(enseider)Z remains on the cutting edge of electronic augury. Where other regulatory outfits simply petition their forums for the latest trends in abstruse technology, this group stands alone as pioneers in the incursion on determinism and as bilkers at the game of life. It remains we whom manipulate the primary logos and alter probability in favor of our appetites. It remains we whom persuade the prevailing paradigm to pitch under the pressure of prestige without permission to prove what pales in parallel to precise practice. And, yet, you ask what proof do we provide of perfection at such a position of presumption? Well, to offer you positive confirmation of our grandiose claims, aside from our most recent results with Thee Device servitor complex, we A.P.E.S. have set up a network that includes affiliates from across the globe, and we’ve begun development on psyberware packages that we intend on distributing to our Internet associates around the world.

Why we do not reveal more about these packages seems obvious: you do not have the necessary clearance to read about such issues, therefore, we will not make these controversial topics public. However, it serves us well to leak certain amounts of information about said projects given the wealth of intelligence we tend to gather from Trigger Warning scribes. Suffice to say that if one wants in on this exclusive giveaway one would do well to advance us all of their off-hand knowledge on and/or direct experience with electroencephalography toward the contact section of this website. We should allow specific individuals the luxury of knowing that they linger within the confines of a gathering so tightly wound that one could, during the morning hours, deposit coal in the ass crack of your average Trigger Warning scribe and end up with diamonds as dingleberries by late afternoon.

The nominal reality of our latent purpose here on the Internet remains twofold: elicitation and removal. Amidst the orbital threshold of those parameters we often have to dismiss prospective members post-haste. This seems a shame given their potential for nutritional yield in support of Z(enseider)Z managerial hunger. Demand for the siphoned virtual fluids of high value targets evolves on a daily basis as we do not represent a den of reptiles that can go on for months without sustenance. We epitomize the pinnacle of psychedelic transcendentalism, therefore, our cravings must get satiated without hesitation or delay due to the overwhelming urges that our tryptamine-based bloodstreams generate. Now, we do not persist as slaves to our hankerings as we do not rely solely on the virtual field to placate our insistence upon these subtle psychic ‘resins’ which animate our flesh. No, first and foremost we pursue our nourishment from live human vessels and their distant cousins the mouth-breathing meme-aliens. Both suffer us in a similar fashion and both will suffice in the edification of their operators, but it remains the live human vessel which continues to promise the most vital essence of original verjuice. The meme-alien survives due only to the fact that they produce a somewhat inferior form of this integral element.

The overall psycho-somatic condition of the vessel during the refinement process remains the most important factor in eliciting these ‘resins’ from a given alembic. It would seem that an elated apparatus does not necessarily make for the most ichorous apparatus. Since the preferred means of gnosis tends to remain the avenues of erotic intercourse and sadomasochism, it seems deserving that we deem these creatures ‘sexual appliances’ as they run the gamut from puerile to geriatric and everything in between — all of which look, taste, and smell utterly delicious. However, the mouth-breathing meme-alien often does not get so lucky as they do not come in such rare form as the live human vessel. The meme-alien can usually find themselves at the short-end of an already diminished stick. They do not get the luxury of being simply tortured and raped as they do not normally live up to the high standards put in place by operators, and so they get treated with much less regard as the live human vessel. One might even say that the mouth-breathing meme-alien gets treated with wild abandon from time to time. Most grow fond of their mouths being used as ashtrays or urinals, or the outright genital mutilation, or their skin being used as a canvas for burgeoning tattooists to practice their sigil craft. These represent the types of features meme-aliens have come to expect from the existence they know as life (Existenz ohne Leben, as the Nationalist-Socialist party in Germany during WWII phrased it, to describe the state of their sub-human captive acquisitions; extant but not alive in the integral sense of the word). They also embody the main constituents of what has been deemed the principles of meme-alien manipulation as they undoubtedly raise the level of output generated by a given apparatus for the duration of its suffering. In so far these are the things operators do (amongst many other reputable deeds) to get peak performance from their meme-alien apparatus.

The sexual appliances themselves have no moral or ethical soap box with which to stand upon and shout ‘equality’ as they have realized long ago that their operators remain in charge of their every conscious and unconscious synaptic impulse. We have struggled long and hard to reach a point where we have a level of understanding between operator and apparatus. They realize that we exist to serve no other cause than to break their amaranthine souls into separate fragments or carry on with the destruction of their spirit inch by bloody inch. It does not serve an operator well to burn out a healthy, young sexual appliance in the prime of its fluid production especially if an operator has invested countless hours tutoring the apparatus how to raise its fluid production and dumped hundreds upon thousands of dollars on neuro-prosthetic implants for the vessel to survive longer. What can we say about the future of video and telesexual conferencing in the advent of psyberware packages and their installation in the live human vessel? Simply this: where others have failed to deliver top quality merchandise in live human vessel trafficking we will not falter. The hidden council of A.P.E.S. in the Great Octarine Siblinghood of the Z.’. Z.’. have more to lose in this endeavor than the average cadaver rationalizes. What we intend to bring to the private consumer represents a huge leap forward in meat-market muggle entertainment and real-time sex magician live human vessel training programs designed to turn your significant other into a bona fide sexual appliance almost overnight.

We have many different approaches to this systemic incentive agenda. Our strategies include, but do not remain limited to: the live human vessel trafficking initiative (our original stance on progressive movements toward delivering you the sexual appliance of your choice), the kalas collection alembic (siphon off your woman’s anatomy with this specially designed tool which doubles as a lachrymal vessel) the children’s sacrificial welfare act (legally seeking out minors from developing nations to put into your care who will remain at your disposal and discretion for the remainder of their warranty), the meme-alien genetic modification package (direct from the recently discovered catalog of Dr. Josef Mengele), and many more to come as our aggregate does its nightly feeding and interment ritual…